Juventus will play in Rome in the early morning of September 28, Beijing time. Pirlo expressed his views on the team's preparations, transfer market, team lineup and the game in the pre-match press conference, and expressed Rome Once interested in inviting himself to coach, Morata is not the third choice. Luka Pellegrini left the team because of the European Cup tomorrow, which will allow him to get more playing time. As for Dzeko, Pirlo thought Dzekoben might join Juventus, but unfortunately the deal failed. 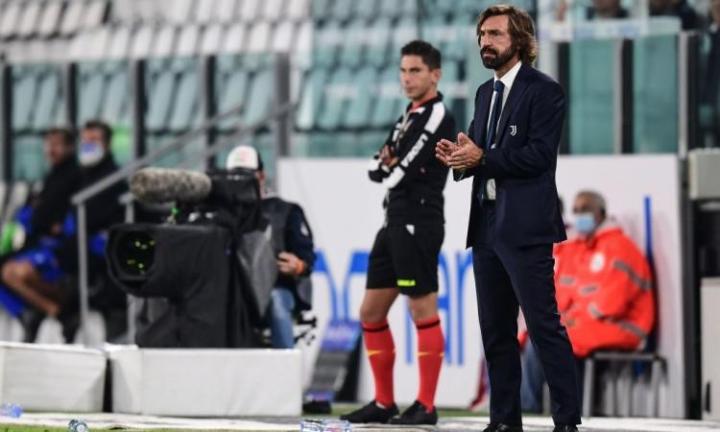 "Our training performance this week is better, and the training volume is gradually increasing."

"As a player, you can directly influence the game through your performance, and as a head coach, you have to lay out tactics, and then the performance of the players on the court will affect the game."

"A few days ago we were waiting for a center to arrive, and he came two days ago. Now I am thinking about how to get everyone playing time."

"Dybala is gradually returning. This week his training intensity is very high, a large part of which is physical training, this afternoon we will decide whether he will go to Rome with the whole team."

"It's too early to consider whether to rotate the lineup right now, isn't it, I will ensure that the strongest lineup will be sent to Roma."

"I never thought about when I might coach Roma. They were really interested in me before, but I am now focusing on this game."

"We have known Morata for a while, and we are very happy that we have had the opportunity to fight side by side on the court. The important thing is that he knows how to attack in depth and he can support the entire forward line alone. He can coexist with other players, And the running area is large. Morata is not the third choice, but one of our first choices. At the technical and tactical level, he is the type of striker we have been looking for."

"We talked about this. Since next year is the European Cup, it seems the right choice to loan him out to get more playing time, because I can't guarantee that he gets a lot of playing time if he stays in the team."

"Not just Inter Milan, many Serie A teams have become stronger. We must work hard from the first game until the end of the league to prove that we are the strongest."

"The transfer market is still in progress. If there is an opportunity, we will evaluate it in the next few days and try to seize the opportunity."

"We have discussed together and are evaluating what is the best solution. We are discussing and we hope to find a solution that suits everyone."

"We have changed the workload and work model, but the players’ enthusiasm for work is very high and the training enthusiasm is very full, which is very good. The important thing is that everyone wants to continue to become stronger, and in Serie A, if you If you can’t always go all out, you will encounter difficulties, no matter who you are."

"Before joining us, Artur hadn't played much for several months, and he was not the absolute main player in Barcelona. Now Artur needs some time to adapt. As for whether he will play tomorrow, I We can only answer whether he can play in the game, and we will wait and see if he can actually play."

"Regarding Bernardeschi and Douglas Costa are both capable of playing both wingers, but they are both attacking players, and I don't think Bernardeschi is suitable for playing midfielder. He also agrees with me. And will go all out on the court. Bernardeschi has a body on the left and can pass the ball. I think he can play the left wing."

"In tomorrow's game, he is a threat to us. He is an excellent player and we all admire him very much. He could have been a Juventus striker, but unfortunately, the transaction was not successful in the end."